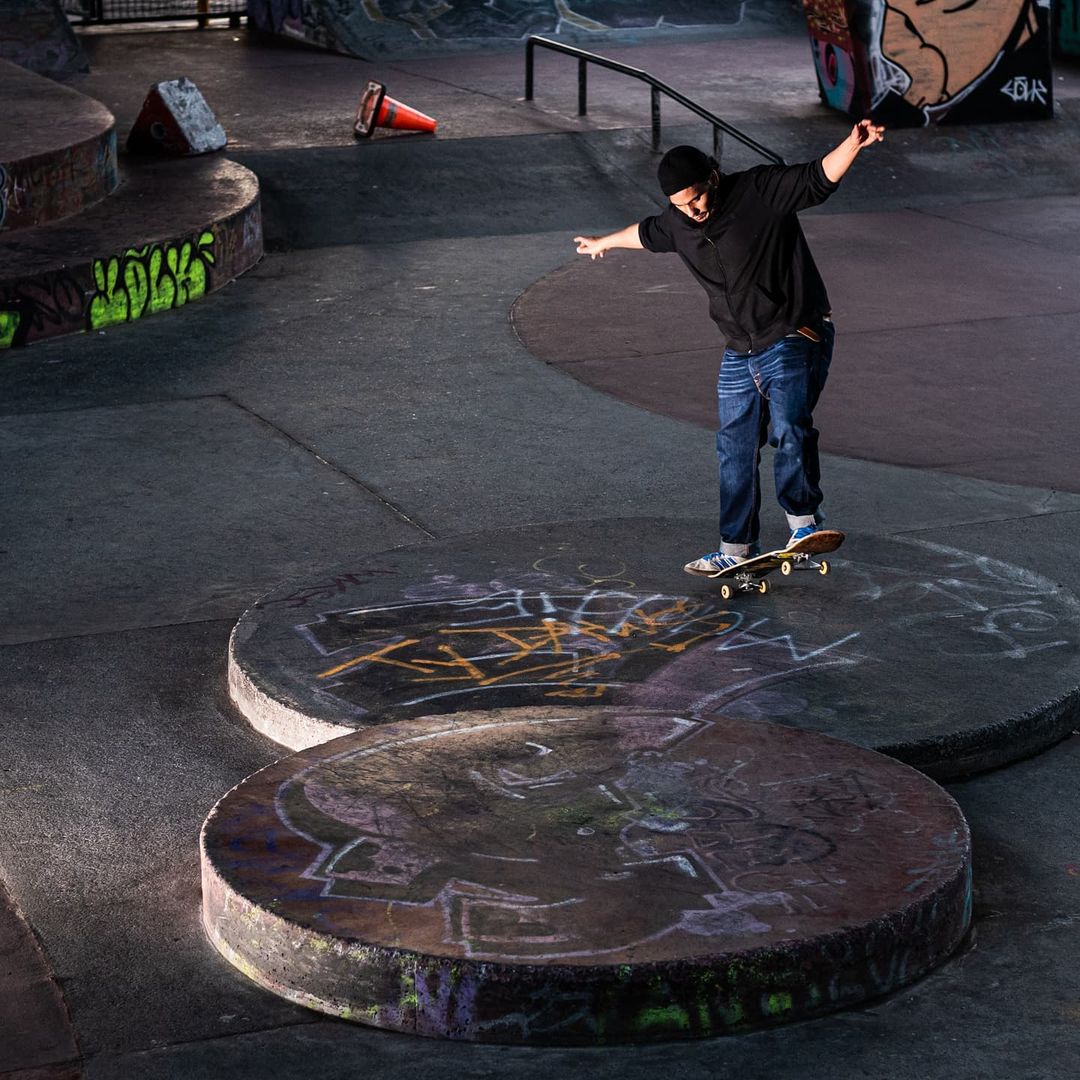 By Liam FallsgirieJun 13, 2022No Comments

Zaheer is an erudite scholar of street skateboarding’s history and culture here in Cape Town.Having been an active component of the local skate culture since the mid 90’s, Zaheer has seen and documented the sport’s development from a fringe sub-culture to a zeitgeist-defining movement with a booming network of core skaters, pro athletes, filmers, apparel brands, and board companies.

After two long and gratifying decades of skating, Zaheer has chosen to give back to and leave his mark on the culture and community that reared him. Through filmmaking, something which has always been intrinsic to skate culture, Zaheer makes his contribution to the scene with the aim of highlighting the insane amount of local talent being produced right now that more often than not goes unnoticed by the larger community.

Since 2021, Zaheer has stacked clips with some of the biggest names in the Cape Town circuit of riders, including but not limited to the likes of Jean-marc Johannes, Ethan Cairns, Devandre Galant, and Chris Nderitu.

I first met Zaheer at Mill Street skatepark where we discussed our shared obsession with skateboarding and the unique culture that surrounds it. Over the course if this conversation I came to realise the value in Zaheer’s stories and takes on the culture. While I may be using this platform to explore skateboarding’s history in Cape Town, I suffer from a severe lack of lived experience. Much to my gratitude, Zaheer has been incredibly willing to supplement my limited expertise with his broad understanding. Linking up with Zaheer has made it easier for me stake stock of the rich history shared between our city and skateboarding and to spotlight the many exciting things coming out of the scene right now.

As mentioned, Zaheer was exposed to street skateboarding during its counter-cultural heyday in the 90s and early 2000s, a time of significant, yet nucleated, growth within the scene both locally and abroad. Back then, he says, the Cape Town scene was still in its infancy. There were only two parks in the Western Cape at the time and none of them were anywhere near here.

As a skater growing up in Bo-Kaap, Zaheer was part of a small contingent of passionate individuals keeping the scene alive in Cape Town, linking up with other skaters at Baseline when it was still situated on Long Street and hitting the streets with whoever could make it each Saturday. At the age of 15, Zaheer would transfer to Boston House College where he would come to meet OG skateboarders like Byron Willenberg, Ricardo Wiltshire, and Guthrie Fraiser, the former of whom was the owner of the Roots skate shop when that was still around. Zaheer attributes much of his experience and progression in skateboarding to Byron who would both train him and sponsor the boards and gear he needed to pursue his passion.While Byron helped sustain Zaheer’s passion for skateboarding, it would be either Guthrie or Ricardo who, upon lending him a 411 tape, would inadvertently plant the seed for his interest in skate videography. For those who don’t know, 411 Video Magazine was a company that produced a video series that highlighted the growth of professional street skating between 1993 and 2005.

The magazine’s importance cannot be understated; it played an influential role in popularising street skateboarding across the world and helped define and propagate the unique filming conventions still associated with the sport to this day. 411 inspired a growing fascination and appreciation for the filmmaker’s role in skateboarding among skaters and especially for Zaheer. Street art and music, two passions he had already been pursuing long before his first kickflip, not only intersected with the culture surrounding street skating but also played major roles in the aesthetics, cinematography, and editing of skate videography. The common ground he found between skateboarding videos and his own interests would bring him closer to the sport and and its film elements. Zaheer’s career in skate filming was nevertheless still years away and not even a prospect he had ever considered at that time. There would even be a long period between then and now where he would stop skateboarding completely.

“Even though I left skateboarding, it never left me,” he says, explaining how his interest in skate videography still persisted and grew during his time apart from the sport.

By the time Zaheer got back on his board, the calibre of the local skateboarding talent had improved astronomically and it was within this blooming abundance of skilled athletes where he would find his reason to start filming. He found that what many of Cape Town’s best rippers have in skill, they lack in exposure during a time where a career in skateboarding has become far more viable. To help spotlight and promote the unsung talent in today’s skate scene, he started Nocmply (read as “no comply”), a brand dedicated to providing a platform through which up-and-coming skaters are able to get the exposure necessary to acquire recognition and sponsorships.

Even though the brand has been around little under a year, it has already seen some success in achieving the goals set out by Zaheer. Notably, the insanely gifted Shamiel Waggie is a name that I and many others a now aware of through his involvement with Zaheer and the Nocmply brand. It is remarkable to see how quickly Nocmply has accomplished in so little time. And with so much down the pipeline, like Zion Caswell’s highly anticipated street part, Zaheer is bound to make a bigger name for himself and take greater strides towards his goal.

“Skateboarding has a way of persevering, even in the absence of manufacturers, shops, and perfect red curbs. South Africa is one such place…” – Nic Dobija-Nootens, Jenkem Mag

"After 3 years wrapped up in cotton wool and stored in a cool dry place…
Nicholas Trethowan 0
CommunityCultureInspirationLifestyle
Jun 16, 2022