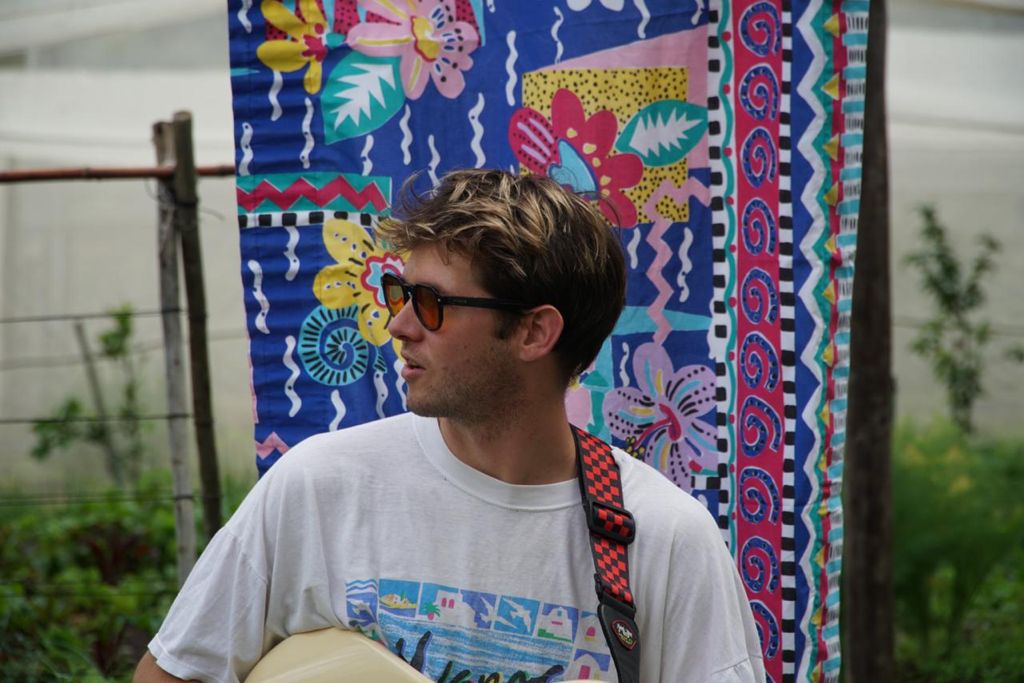 He has had to show resilience, persistence, and flair to break through the ever-unforgiving industry; and that’s exactly what he did.

Millions of streams, two prolific bands and an emerging solo career, Nic Preen’s (28), musical journey spans over ten years and includes several impressive accolades. The singer-songwriter showcases dazzling lyricism backed up by an array of rhythmic instruments that leaves you feeling elated and with the need to dance. However, Nic’s entrance into the scene wasn’t plain sailing. From being kicked out of his school’s music faculty to being booted out by his first band before their first show, he has had to show resilience, persistence, and flair to break through the ever-unforgiving industry; and that’s exactly what he did.

Having started on the drums, Nic boasts the ability to play numerous instruments such as the piano and guitar but often lets his lyrics and smooth voice do the talking. The catalyst to his career was the creation of Al Bairre with his good friend and talented musician, Kyle Davis. ‘I used to see him every day, it was like our revenge band’, he recalls. They recruited three other members, and together, the Indie pop-rock band toured Europe and saw great online success with songs such as ‘Let’s Fall in Love Some More’ racking up over four million streams on Spotify. Within the band, each member brought something different to the table, resulting in the fun-loving, free-flowing sound of Al Bairre, incorporating as many instruments as they could. ‘I saw Arcade Fire in Hyde Park, and I was blown away by this big band. I came back and I was like, Kyle, we need more members. We need a violinist and a cellist, and we took it from there.’ As far as sticking it to the early doubters, I think they nailed it.

Nic boasts the ability to play numerous instruments such as the piano and guitar but often lets his lyrics and smooth voice do the talking.

The end of Al Bairre in 2017 started the next chapter for Nic Preen, which would come in the form of ‘The World of Birds’. Currently, in hibernation, they have no signs of stopping and are presently working on an album for early next year. ‘We’re writing an album, and it’s like 70% done. It won’t all come out at once. It’ll come out over time, but we want to write it as a body of work, not separated.’ Signed to Platoon records, the band have toured Europe and South Africa, stamping themselves as household names with Nic starring as lead vocalist. Exciting, upbeat, and intricate sounds are intertwined into their songs with the support of lively lyrics. With the band deciding to leave the South African nest and flock to the UK there seems to be an exciting future brewing as they begin to enter the infamous European scene that has moulded the bands of our generations.

In between ‘The World of Birds’ hiatus, Nic Preen decided to venture into the realm of a solo career. ‘Nic Preen, the solo thing is because the band is having a break, I love being in a band, but this is also a great time for myself to put stuff out and do different things.’ Through his astute lyricism, he is proving to be a masterful songwriter with songs such as ‘Do You Really Care?’ and ‘Right Now’. Nic describes songwriting as being one of his favourite processes when creating songs. ‘It wasn’t very intentional either’ he reports. Scintillating and stylish vocals can be heard throughout his songs, backed up by jazzy and entertaining instruments that result in feel-good music.

Exciting, upbeat, and intricate sounds are intertwined into their songs with the support of lively lyrics.

So, what is Nic’s sound? As a schoolboy, his inspirations came from several bands; ‘Vampire Weekend’ and ‘Noah and The Whale’, to name a few. However, with the Nic Preen show, there isn’t any sound that he wants to be affiliated with. Instead, he is creating a concoction of various tones and feels within. His upcoming album includes everything from indie to grunge. ‘Monday, I might be this Nick Preen. Tuesday, I might be this Nick Preen. So, it’s like, why not just put out everything I write. Because Nick Preen is not taken as seriously as The World of Birds, I’m like whatever happens to this, happens, and I’m just going to have fun with it.’

With summer on the way and events starting to blossom, ‘Nic Preen & The Make Me Feel Good Rock N Roll Band’ will be travelling up and down South Africa, spreading their good vibrations and memorable melodies. Based in Cape Town, they will be touring Johannesburg and Pretoria in late November. After this, they will return home to venture up the east coast playing at shows in St.Francis and Plett Rage. All of this while two albums are in the pipeline for early next year. ‘So, the Nic Preen stuff is going to come up first, get it done before the World of Birds releases because that’ll be the focus for the rest of my year with myself and the band moving to the UK in February. My solo album will be out in January. Birds will have the first single out at the end of January, maybe early February and then it’s a whole year-long release of that album.’ With his album on the way, as well as the ‘The World of Birds’, Nic Preen is setting himself to make 2022 the year to remember.

To hear about upcoming albums, releases and events be sure to keep an eye on his Instagram, click here.

Instead, he is creating a concoction of various tones and feels within.

Midway through the year, Phrases found himself trapped between the Covid-regulation borders of Cape Town…
Freddie Hiney 0
ArtPerformance Art
Nov 24, 2021

This is the versatile formula of Hartleyvale, a group of jazz-cats not sticking to any…
Freddie Hiney 0
Music
Nov 12, 2021