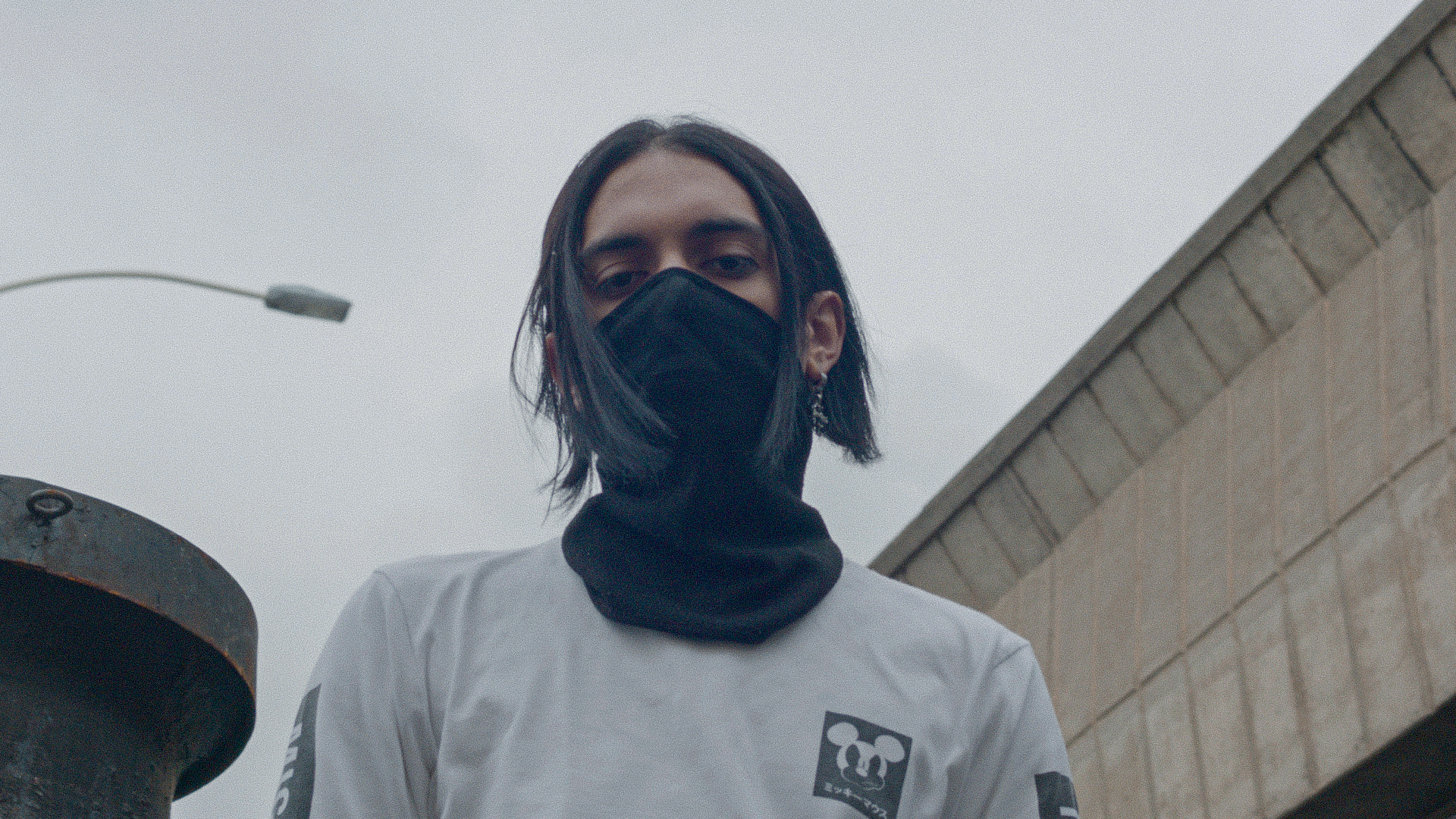 By Christian StainesAug 13, 2021No Comments

Quiet but confident with a soft-spoken ease, Alex Andipatin prefers to share his tactful worldly reflections through the medium of film. Having been introduced to the film industry in high school, he has gone on to write and direct everything from commercials, to short films, to passion projects. After matriculating, Alex went on to pursue his ambitions and enrolled in a screenwriting and editing course at AFDA. “So it’s a filmmaker by hobby and trade kind of thing…That’s how I would describe myself.”

In 2016, the fanciful world of fashion caught his eye and he began devising a film that could best express his observations. “I think fashion is really how people identify and how they want to convey themselves in the world.” From this thought, ‘Cotton Candy’ was born. Alex is very interested in the retro aesthetic of previous eras and this fascination can be found in almost all of his creations. So, he teamed up with Dreamland Vintage (a clothing store) to create a short film exploring the lives of three individuals during the vibrant and ever-shifting world that existed in 1999.

“With my fashion films, it’s about telling the story rather than selling the clothes. All the characters are dressed in reflections of who they are. So fashion is a part of it but not actually the main thing.”

Despite the light and colourful tones used in ‘Cotton Candy’, its ending leaves the viewer with something to ponder. Without giving too much away, the ending stands in stark contrast to the festivity of colours that appear throughout the film. Like listening to a cheery song only to find out it’s about a school shooting (Pumped Up Kicks I’m looking at you). “A lot of my films mirror consequence. I enjoy showing the struggles of consequences, usually this involves a character being destroyed or dying.” But Alex’s films go beyond the simple boundary of merely drawing our attention to such matters. He understands that there is a deeper layer present in suffering and wants to uncover this in his work.

“I don’t want to say I enjoy watching the characters suffer cause that’s a bit much [laughs] but I think that in everyone’s life there is some aspect of suffering and I don’t like shying away from it. I feel like that suffering is what makes you real and what helps you.”

This is a notion that I believe truly comes to the fore in the ‘Cotton Candy’ sequel – ‘Cotton Candy 2’. If you’ve got 15min to kill then I highly recommend watching both of these excellently curated short films. If not for their story then definitely for their cinematography.

In his upcoming short film, ‘Moderna’, Alex wanted to take on a new more inclusive approach to screenwriting. One that told the story in equal parts while still expressing the darker undercurrent of what is being displayed. This was after he showed the script to Marie Cavana (one of the actors in the film) who confessed that she liked it but did not quite understand it. This wasn’t good enough for Alex. Through this collaborative effort, they managed to evolve the script from its original state into something that tells a story from multiple angles.

“And I think that wouldn’t have happened without collaboration. I could have easily just said these are the shoot dates, this is when it’s happening, cool. But I wanted to do a film where we feel like that this is a story WE want to tell.”

In a conversation about small and big productions, Alex had this to say:

“I would say it’s a lot easier these days for people to make content. You can easily find a local person making content that actually resonates with you MORE than a big-budget film does. With these big Hollywood, commercial projects, it becomes easier to separate yourself from a narrative you feel is disingenuous or a film that you feel is disingenuous but that also, sometimes people do want to experience something like that [and that’s okay too]. I have had people come to me showing me something they just did for fun and I’ll say “that really spoke to me” more than a big production.”

“I would say it’s a lot easier these days for people to make content. You can easily find a local person making content that actually resonates with you MORE than a big-budget film does.”

Alex believes that just like ‘ad-blindness, ‘film-blindness’ is becoming more of a thing these days. Like when a film tries to hammer home a point and in doing so they lose the authenticity of that point. The audience loses respect for the effort made as well as the point being conveyed and ultimately, a disconnect forms between both the film and the audience. And this disconnect comes in the form of a simplification of plot and point. When an idea is so plainly presented to the audience, it no longer allows them the autonomy of their own interpretation.

“I’ve been criticized for allowing the audience to think whatever they want to think. But I think that if you make a film like that and someone notices what you are trying to say, it resonates with them a lot more because you gave them the opportunity to interpret it the way they want to interpret it. It stays with you a lot longer and it improves going back and watching it again to take away something different.”

In the end, Alex’s introspection is his most compelling attribute. He has realized the power of authentic screenwriting – a power that shows instead of tells. Giving respect back to the audience and allowing them to weave their own meaning. A skill he has learnt from his own experience.

“A lot of how I like to make films is how I like to personally consume them. I enjoy watching films that respect my own agency and perspective, allowing me to come to conclusions based upon that foundation and not the foundation of what the creators want me to feel.”

Keep an eye out for ‘Moderna’ which will be premiering on the 1st of September on The CCC platform. In the meantime, you can catch a trailer as well as a specialized feature article teasing this film via The CCC Instagram page and website COMING SOON.

Want to see your own feature up here alongside Alex Andipatin? Follow these simple steps.

Keep an eye out for ‘Moderna’ which will be premiering on the 1st of September on The CCC platform.